Is it Time for Postmaster General Donahoe to Resign?

Nader thinks the Postmaster General Donahoe needs to demonstrate creative problem solving skills to save the postal service instead of waging a campaign to close over 3700 post offices and 252 processing centers. Why isn’t Donahoe listening to Senator Jay Rockefeller or Senator Bernie Sanders who offer proposals to expand services at post offices that would create needed additional revenue? Donahoe barely mentions such recommendations when speaking about how to solve the USPS fiscal problems. Instead he harps on how the internet is destroying first class mail.

How Should U.S. Postal Service’s Financial Problems Be Fixed?

Nader writes in his letter regarding the current negative financial effects of “draconion requirements of USPS to prepay retiree health benefits” 75 years in advance in only 10 years based on the 2006 Postal Accountability Enhancement Act (PAEA) and other pension plan overpayments through the years:

“Removing the devastating fiscal effect of these prepayments would take care of 80 percent of the postal service’s deficit. Moreover, the federal government already owes the postal service, according to the U.S. Postal Service’s Inspector General, over $80 billion dollars in overpayments the USPS has made to the Civil Service Retirement System and the Federal Employees Retirement System. You need to recover these overpayments. Yet while you have infrequently mentioned these strangleholds, that is not what you are known for in your direction of this historic institution.”

Nader points out that the savings from closing all the rural post offices is so small, $200 million/year, it isn’t worth the havoc it would wreck on “millions of rural Americans already strip-mined of other essential services.” Closing post offices would force Americans to spend more money on gas to travel longer distances to get to another post office.

There are other better ways to save the Postal Service and to get your message across Mr. Postmaster General.

Does Postmaster General Donahoe really want to save the postal service or is he just helping others behind the scenes achieve a long sought goal of privatizing the postal service for their own financial reward and efforts to weaken multiple postal unions? Is it a lack of creativity in doing more than close and sell post offices, cut jobs and slow mail delivery service or something else?

“There is, in Washington, D.C., a combination of relentless ideological opposition to the USPS’s very existence as a public institution joined by thoughtless upper-income pundits and editorial writers who really do not use the postal service as they clutch their e-mail and text-messaging gadgets. They are both remote from the tens of millions of Americans who rely on the postal service in tangible and intangible ways that these deprecators could rarely understand or imagine. There are reporters, however, who have written compelling features from the field on what would happen were a rural post office closed to the people (many of them elderly) living there.”

Here is an OpEd piece by Bob Sloan on the Voters Legislative Transparency Project blog that outlines the behind the scenes role that the American Legislative Exchange Council (ALEC) heavily funded by the billioniare Koch brothers has played in placing policy papers on privatizing the postal service and getting rid of unionized workers.

Sloan says in his article:

“ALEC has pushed for privatizing the USPS and has used the services of RW think tanks such as Reason Foundation, CATO, Econ Journal Watch and National Taxpayers Union to contribute their support for this privatization agenda against the USPS.”

It’s a formula similar to the template legislation we’ve seen recently since 2010 around the country in mainly Republican controlled legislatures for voter ID laws to make it more difficult for people to have legal access to the polls hiding behind the basically non-existent threat of “voter fraud”. Or, template legislation to get rid of public unions by eliminating collective bargaining rights of teachers and other employees.

The Postmaster General’s nearly $400,000 compensation package is almost equal to that of the President of the United States. Nader asks Donahoe in his letter how he can cut so many workers jobs and not take a pay cut for himself and his top executives at the same time. Top USPS executives have a base pay over $200,000, higher than many cabinet level secretaries.

Nader suggests the creation of a Post Office Consumer Action Group (POCAG) which would be a non-profit group dedicated to representing the interests of all postal consumers. He said consumers could join by paying a small amount of dues which would support POCAG. The goal of the organization would be to encourage consumers to have input into the postal service’s decisions about how to best serve its customers, including the residential customer, not just the large mailers who already have input into the postal service decisions.

Finally, Mr. Nader urged Mr. Donahoe to go to the National Postal Museum in Washington D.C., a few blocks from the PMG’s office, to reflect on how other Postal Service leaders in prior centuries overcame tremendous hurdles to save the postal service and serve Americans–even delivering eggs–in the farm-to-table postal initiative. Nader claims “the internet challenge, if the USPS were to participate and provide services, is small compared to the mountains that the earlier postal service had to climb.”

The internet can be a good thing too.

How come Postmaster General Donahoe fails to highlight that “parcels sent by both consumers/businesses to increase by 40%” by 2020  according to the Report prepared by the USPS Office of Inspector General, Number: RARC-WP-11-002, page 8 in Table 2: Mail Volume Forecasts in 2020? Also, it is cheaper to send packages by USPS than other commercial mailers like Fedex and UPS so why isn’t PMG Donahoe focusing on this growing revenue stream in part due to internet buying?

President Obama Must Step Up to Save the USPS

Instead of rubber-stamping Postmaster General Donahoe’s recommendations to go from 6 days to 5 days delivery and to cut mail standards as well as close thousands of post offices, President Obama needs to recognize and help save the U.S. Postal Service, especially historic post offices that are a living record of history and that are important cultural icons within their communities.

Error: Twitter did not respond. Please wait a few minutes and refresh this page. 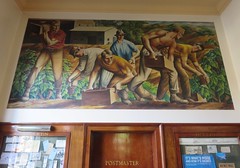 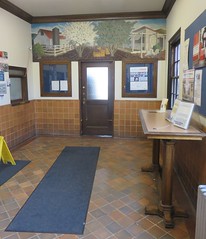